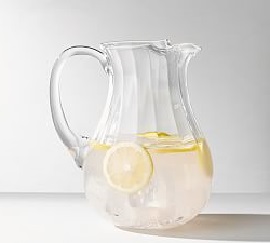 Can You Microwave Safe Jugs?

A. As the name suggests one can usually use microwave-safe jugs within a microwave. However, there are some caveats that should be kept in mind. The largest concern people usually have is with potential chemical migration during the heating process.

Many plastic jugs are made with bisphenol-A, or BPA, as a fundamental component. Another group of chemicals called phthalates are also sometimes found in plastic jugs. Both of these compounds are endocrine disruptors that can tremendously mimic hormones normally found in the human body. There’s some concern that these chemicals might migrate into food during the heating process within a microwave.

However, the presence of endocrine disruptors isn’t necessarily a bad thing. Animal studies indicate what level of exposure to these chemicals would cause a health risk. The microwave-safe label indicates that the level of exposure one would experience with the container is 100 to 1,000 times less than would cause harm. Additionally the duration of time one microwaves plastic shouldn’t impact potential chemical leaching. This is due to the fact that the plastic itself isn’t impacted by the microwave. All of this means that a microwave safe label means that people don’t need to concern themselves with chemical leaching.

Of course this won’t be an issue if the microwave safe jug is made of glass. It’s also important to note that neither glass or plastic will heat up in a microwave. The microwaves pass right through both of those materials to reach the contents inside. However, as that material heats up it will transfer heat to the container. Technically, the jug won’t heat up from microwaves. But the materials inside the jug can and will usually heat it up. As such it’s important to use some additional caution with glass jugs when taking them out of a microwave. Glass as a material is much easier to crack or even shatter. If the jug heats up too much one might use too much force putting it down to avoid the heat.

When asking can you microwave safe jugs it’s important to also keep in mind that the material inside factors in as well. The difference between a safe and dangerous container is often just a metal latch or component. It’s usually safe to assume that a jug labeled as microwave safe won’t have any metal components at the time of sale. However, that doesn’t mean that metal hasn’t been added to it at some later point. For example, friends and family might swap on a different lid without realizing it. The new lid might well be from a jug of roughly the same dimensions which has some metal components.

One should also always take a moment to examine the microwave safe jug for any other metal before heating it. This too is largely a precaution against friends and family who might not understand that the container is going to be used in a microwave. For example, it’s quite common for people to use a metal mixing spoon in a jug and then leave it there afterward. It’s even possible that people might have used special instruments with the jug only to leave them inside after giving it a quick rinse.

However, with those cautions aside one can usually assume that any jug listed as microwave safe will be OK in a microwave. One simply has to ensure that standard precautions are taken when microwaving the jug. This includes looking for metal on or in the jug and being careful when taking it out of the microwave.